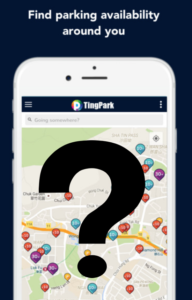 Parking is a big deal in HK. It’s a nauseating vicious cycle on the streets: cars circling in search for parking spaces add to congestion, making it even more difficult to find available parking spaces. Compounded by ever-increasing number of drivers and cars on roads in an already dense city bursting at the seams, congestion and traffic delays have a detrimental effect on city efficiency, navigation, and liveability. Some drivers give up, with little consequence, parking illegally and gambling on getting an affordable parking ticket that just makes it worth it to occupy illegal spaces anywhere they can find and park.

The solution seems straight-forward: if drivers can know where their needed parking space is available, then they can just get to them and be on their way with their day. It’s nothing new, really, many cities around the world already employ this tactic and take steps to easing their congestion. Not for lack of trying, this is not the case in Hong Kong. Still stuck behind the times, the government has adopted a paradigm of pushing their own apps (which are already under fire for being a waste of resources to develop) instead of focusing on the accessibility of the data for users, app developers, and anyone else willing to mine the data for patterns that can become insights to diagnose the problem and arrive at solutions. The effect has been locking valuable data behind an app, and leaving an industry of app developers and collaborators in the dark to duplicate government efforts to make the same information available, resulting in a lacking experience for users alike.

A year ago, Hong Kong’s Transport Department underestimated the ease with collecting and disseminating parking space availability for users via their “eRouting app” stating “only slight adjustments to its existing traffic information system is needed such that real-time information on parking vacancies can be disseminated to the public through websites and mobile applications. The implementation of this arrangement will probably not require a huge amount of resources“. A press release half a year ago says the app “contains information provided by car park operators on real-time parking vacancies at some car parks. The [Transport Department] will continue to encourage more car park operators to provide their parking vacancy information so as to help the motorists searching for parking spaces via ‘Hong Kong eRouting’.”

It would be hard to complain about the eRouting app if it even modestly delivered on its commitment to provide “parking information: on-street parking space and car park information (including real-time parking vacancy information of some car parks)”.
By my count:

How useful is an app that can tell you what you need to know roughly 9.3% of the time? Not very.
This doesn’t make the eRouting government app very useful. What would be useful is if the government made this data at least accessible publicly, instead of locked away, behind Terms and Conditions (called “Important Notices”) that states:

In no uncertain terms, even if you could crack this data, you are not permitted to do anything with it unless given permission. Oddly, the government does provide “real time parking data” to the public, but sadly, this data is even worse than the app data, demonstrating further the Hong Kong government’s break with the aims of other governments, that open data provided to the public should be as useful for the government itself to use.

Hosted on the government’s “Public Sector Information” portal of data (at data.gov.hk), the oddly-named government’s supply of “Real-Time Parking Vacancy Data” is anything but real-time parking vacancy data. It’s a list of parking lots – and a plethora of other data (like location, opening hours, website, contact info, charges) – except the number of spaces available real-time. It’s useless unless you want to plot the parking lots of HK. It is unclear who this data can be useful for. This seems to further reaffirm that the Transport Department has not made progress in understanding what Open Data is.

This data set is altogether counter-intuitive, considering the data portal was built on a “[belief] that the community, particularly technology startups, can develop more innovative and practical applications and services with their creativity and ingenuity. The PSI initiative helps to open up new business opportunities, bring convenience to the public and benefit society as a whole.“. The irony here is we have two government departments working either in opposition, or both failing to deliver on goals and commitments.

The lack of useful real-time parking data on the PSI portal can already claim on parking app victim: TingPark, hailed as a savior to driver’s parking woes and a startup darling and incubated project of Cyberport, has gone bust after spending a few hundred thousand dollars in Cyberport seed money. The app simply couldn’t use the PSI portal’s data in any useful way, or even gather the data from parking lots directly. It’s unfortunate that the app developers couldn’t build on the Transport Department’s progress or resources either.
The recommendation here is straight-forward: