May all your Open Data wishes come true
One common question and topic of discussion in the Hong Kong Open Data community is what datasets do users need to get hold of. Releasing government data takes resources, and so the OGCIO (Office of the Government Chief Information Officer) has to prioritize what they are able to get access to first. While as users this feels frustrating slow at times, since the release of the updated data.gov.hk PSI portal in 2015 we’ve at least seen an increase. Prioritizing low hanging fruit and which datasets will satisfy the biggest number of users will make this process more efficient, but it has been hard to get users and the data producers in government together to address this. The “Unlocking the Value of Open Data” conference that ODHK helped organize this weekend provided a unique opportunity to do just that, targeting both civil servants and external users of data. With the aim of facilitating learning, developing understanding, and gathering analysis about Open Data in Hong Kong, roughly 1/3 of the 227 registrants came from government, and the remainder from a broad range of backgrounds interested in data such as coders, NGOs, activists, academics, students and business professionals.

What types of Open Data would you like to have?
After a great keynote from Nicholas Yang, Hong Kong Secretary for Innovation and Technology, and a panel discussion on how law and regulation might facilitate Open Data in Hong Kong (pictured), the afternoon session was a less structured and more interactive affair. Splitting into two tracks for beginner and intermediate data users, the intermediate track was hosted by Scott and Bastien of ODHK, and unconference style. With assistance from ODHK original co-founder Mart van de Ven, we started this track off with a data gathering exercise entitled “What types of Open Data would you like to have?”. Getting all the attendees involved, all the participants introduced themselves and talked about the #1 dataset on their Open Data Wishlist. It was fascinating to see all the government attendees talk about the datasets on their wishlists from other government departments, and demonstrated that amongst the biggest beneficiaries of government opening up their data will likely be governments themselves. With a number of the government departments flagged in the wishlists of participants also represented in the room by some of their civil servants (particularly by helpful members of the census department and HK Observatory), it was fascinating and rewarding to help some “data matchmaking” occur. The resulting discussions from these interactions lead to insightful feedback in the session, after the session, and in the following unconference breakouts that split the room into multiple tables discussing many of the data types and topics raised.

To share the information for this prioritization exercise we thought we would share the notes and list that Mart put together at the end. As you can see the range of datasets and data types was very broad, as was the source – both government departments, quasi-government and private companies were on peoples Open Data Wishlist. With some obvious areas such as transport, lands and property data flagged the most, next time people ask what datasets are of highest demand and priority by data users in Hong Kong (both from outside and inside of government) we have the list and whiteboard image for you to share. Thanks to everyone who attended and gave your input, and especial credit needs to go to John Bacon Shone, Bastien Douglas, Just Tang and Alan Lung (through a Central Policy Unit grant) for putting the meeting together. As well as the volunteers and hosts at HKU. We hope from this data matchmaking the fruitful discussions and momentum from this meeting can continue and watch this space for any follow up meetings in the future. 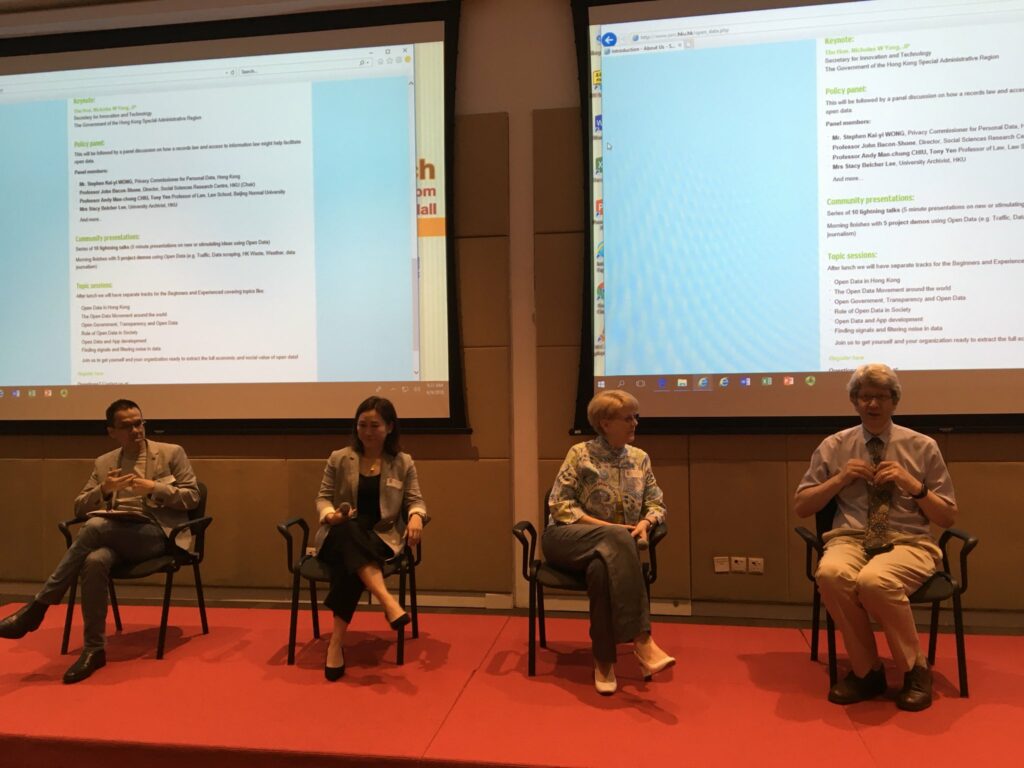 META WISHLIST (technically not datasets – but bigger picture stuff people would like from OGCIO/data.gov.hk)